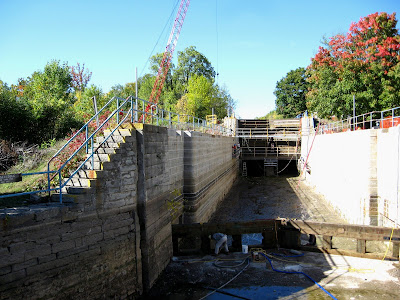 The double lock has been tuckpointed and the replacement gates are being put back into place. The openings for the refurbished steel valves are apparent in this image. Eventually the valves will be positioned in the bases of the gates and the rest of the replacement timbers will be stacked to the height of the masonry walls. Work on the restoration and rehabilitation of Combined Locks is expected to be completed before winter settles in.
Posted by Cornerstone Preservation at 12:08 PM 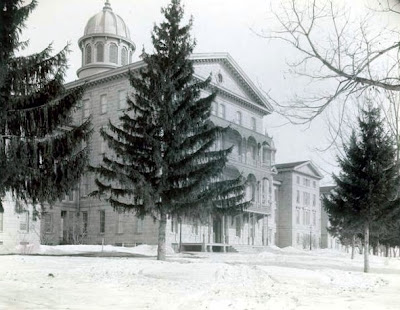 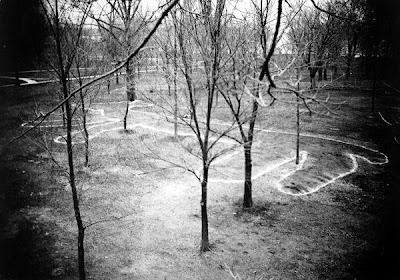 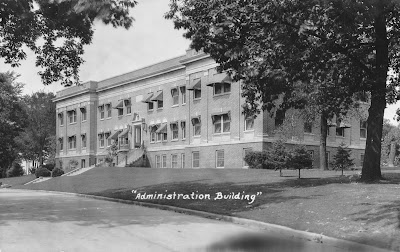 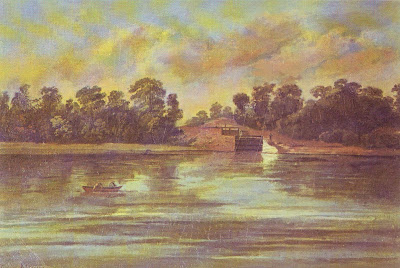 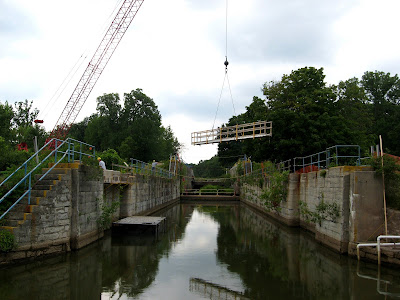 In the mid-1850s a pair of English artists, Samuel Brookes and Thomas Stevenson, were commissioned by Morgan L. Martin of Green Bay to paint a series of sketches showing the improvements that were underway on the Fox River. The image above, showing Combined Locks, is representative of the series of paintings produced by the pair. It shows a monumental masonry structure in a landscape that is in the process of being transformed by European settlement.

Fully functional by 1856 the locks of the Lower Fox River facilitated navigation in-land from Lake Michigan (through Green Bay) for 130 years. After being "mothballed" by the Corps of Engineers in the late 1980s and remaining in that status for nearly 20 years, the navigational locks of the Lower Fox were acquired by the State of Wisconsin in 2004 and currently are being restored and rehabilitated.

Posted by Cornerstone Preservation at 1:03 PM