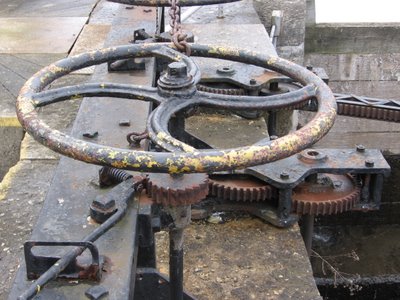 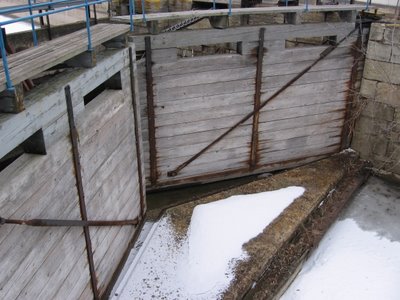 The Fox River Navigational System Authority is nearing completion on the first phase of restoring the river's 150-year-old lock system. Once Appleton's locks are completed this year, the restoration project will be one-third finished.

Officials with the authority and construction firm C.R. Meyer will hold an afternoon news conference and demonstration on Appleton's Lock Four today to mark their progress. Once complete, the locks will open navigation along the river from Lake Winnebago to Green Bay.

Harlan Kiesow, chief executive officer of the authority, said the historical significance of the locks is key to the project, and the ultimate impact of reopening the river will go far beyond fun on the water. "It's not just for boaters," he said. "This could open business opportunities to the waterfront like Trolley Square in Appleton, and could open other recreational possibilities."

The Appleton phase of the project began in April and cost $2.2 million. Each of Appleton's four locks will be completed within weeks. Lock Four beneath the College Avenue bridge is finished, and the remaining three locks in Appleton are close to done.

The authority will turn its attention to the locks in Little Chute next year, and restoration of the Kaukauna locks will take place in 2008. The Fox River locks system comprises 17 locks. The U.S. Army Corps of Engineers was once responsible for the operation and upkeep of the system. The corps closed 14 of the locks, leaving open those in De Pere, Lawrence and Menasha.

Appleton's locks haven't operated since 1982. The corps turned the lock system over to the navigational system authority, which is now responsible for restoration and future operation of the locks. Appleton's portion of the system restoration hasn't been without challenges. Water remained a difficulty even after canal drainage due to storm drains that empty into the canal, according to the authority. Reconstruction of mechanical gear also proved difficult as a key function of the project was maintaining the historical integrity of the locks.

Work done this year included replacement or repair of gear and valve systems on the four locks, construction of four replica lock tender houses, concrete repair and replacement of lock gates. The Appleton phase added more than four miles of navigable water to the area.Although Appleton's locks will be ready for use in a matter of weeks, they'll remain closed until 2008 because of upcoming work on the Lawe Street Bridge, Kiesow said.

Posted by Cornerstone Preservation at 8:05 PM 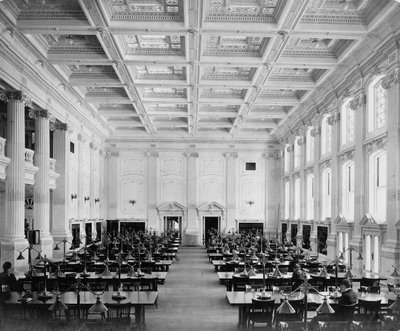 So shall this sacred temple stand
the treasures of a noble state;
And all the good Thy wisdom planned,
Man's labor into life translate.

Posted by Cornerstone Preservation at 4:52 PM