Gilded Lady atop the Granite Dome 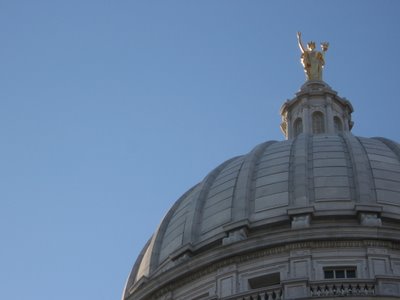 The Wisconsin State Capitol was one of the last major Beaux Arts-inspired structures erected in the United States. New York architect George Post’s capitol epitomized the grandeur of an American architecture that was slipping into the past, even as the building was being completed.

The construction of the exterior culminated in the summer of 1914 with the placement of Daniel Chester French’s great gilded figure "Wisconsin." On July 20th thousands of spectators watched as the three-ton statue was hoisted by derricks approximately 270 feet to the top of the massive granite dome. "Wisconsin" stands at a height of 15’-5” and holds her right arm outstretched, gesturing with an open hand towards Lake Monona. In her left hand she holds an orb atop which an eagle spreads its wings. The cape that covers her classical robe is fastened in front with an ornamental breastplate that bears an elaborate "W" while her headdress incorporates elements that symbolize the attributes of the state. Abundance and agriculture are represented by ears of corn and decorative flowers, while the state animal, the badger, peers over her forehead from the crown of her headpiece.

Cast in six sections, the hollow bronze figure is positioned on a convex base inscribed "D.C. French, Sc. 1912;" "Cast by Roman Bronze Foundry, N.Y.”
Posted by Cornerstone Preservation at 10:28 AM 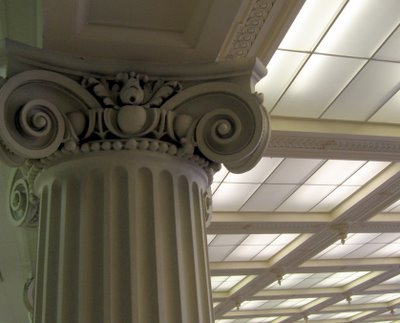 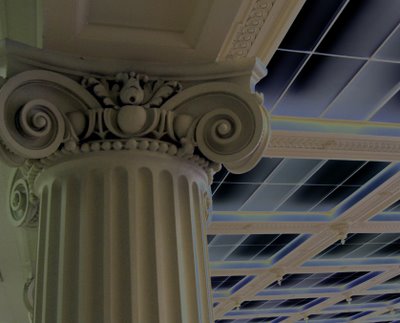 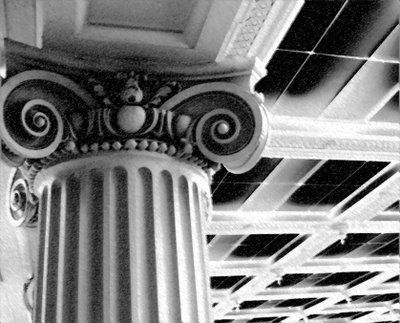 Posted by Cornerstone Preservation at 3:01 PM