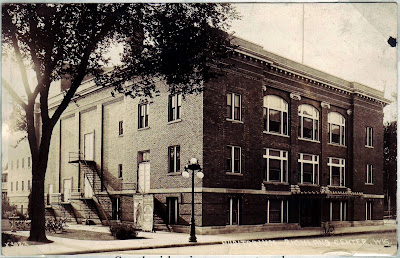 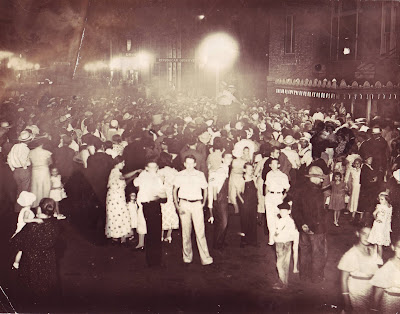 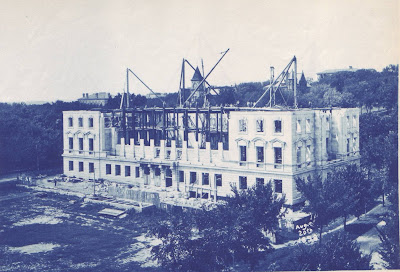 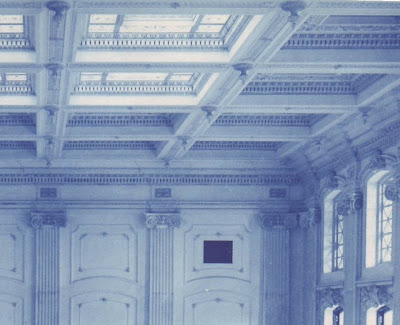 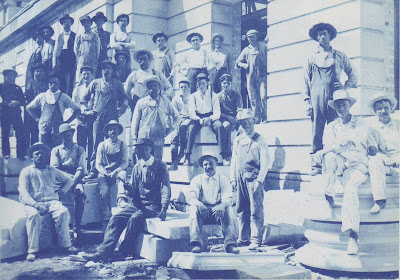 A beautiful collection of photographs that were taken by Superintendent of Construction Francis Grant during the building of the Wisconsin Historical Society are part of the society's collection. They can be seen at its archives.
Posted by Cornerstone Preservation at 1:19 PM 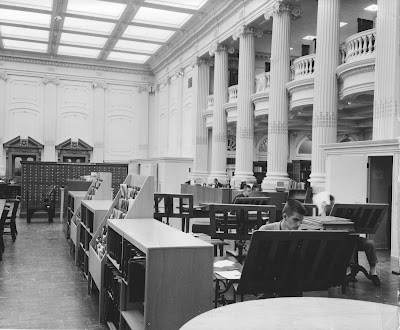 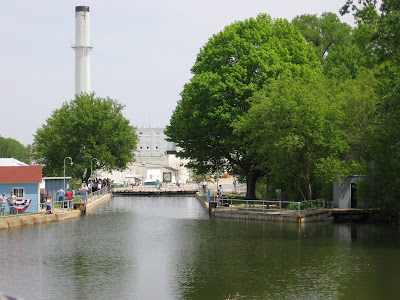 The "7Cs" approached the filled chamber of Appleton Lock 2 on Saturday May 19th. The paddle wheeler arrived with community and state dignitaries aboard, along with members of the Navigational System Authority, to celebrate the reopening of the Appleton Locks. The occasion was marked by music, speeches and a great deal of applause for the accomplishment of the Navigational Authority in completing this phase of the work.
Posted by Cornerstone Preservation at 12:27 PM 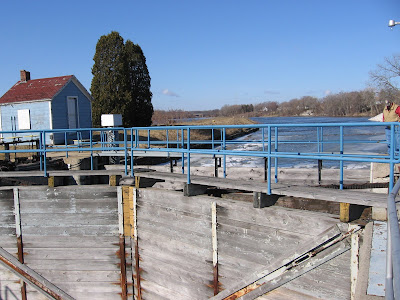 The next lock to be restored on the Lower Fox River is known simply as "Cedars." It is very near the site where in 1836 the Menominee Indian nation ceded approximately 4 million acres of land to the United States for about 17 cents an acre. The "Treaty of the Cedars" was the result of an amicable six-day meeting that reportedly was characterized by mutual respect and a sense of fairness. The agreement enabled the US government to begin developing the Lower Fox River to better facilitate trade and settlement. Within the next decade work was underway to create a system of locks and dams.
Posted by Cornerstone Preservation at 6:33 PM 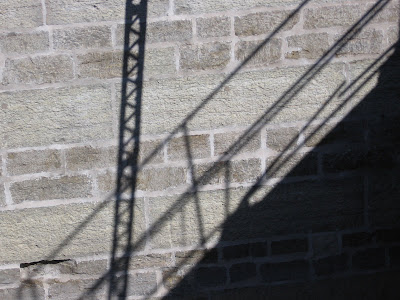 The masonry chambers of the locks that comprise the Lower Fox River navigational system are being tuck pointed and cleaned as part of their restoration. The railing and hand levers of the lower gate at Appleton Lock #2 cast a shadow across the freshly repaired stone wall. The shadow of the latticed spar that opens and closes the gates also is visible.
Posted by Cornerstone Preservation at 6:14 PM 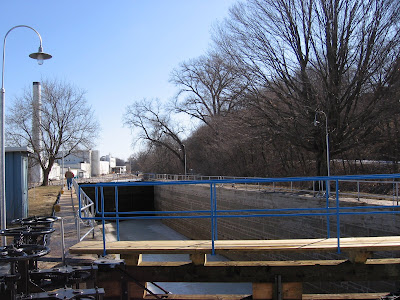 Aside from the completion of some site work, the restoration of Appleton Lock #2 has been completed. The stone chamber has been tuck pointed, the gates re-built using as much of the historic metal as possible and the valves and operating mechanisms have been fully refurbished and put back into good working order. The Appleton Locks will be in full operation within the next two months--once the ice fully melts and the canal is reflooded.
Posted by Cornerstone Preservation at 6:02 PM

Survey and Documentation at the Wisconsin Historical Society 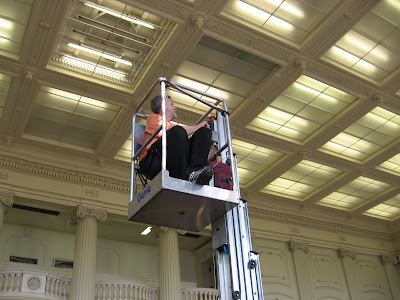 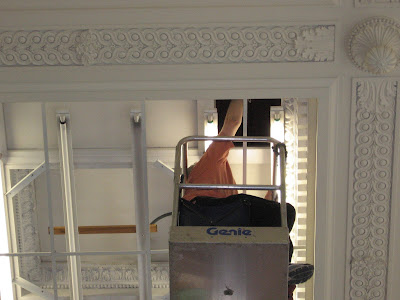 Jim Sewell, a Preservation Architect with the Wisconsin Historical Society, traveled the upper reaches of the Reading Room aboard the precarious-looking Genie to have a closer look at the panels that were installed in the 1950s to replace the historic decorative glass. When modifications were made to close the skylights on the roof and a floor was put in on the level directly above to create additional office space, a generous gap was left above the Reading Room ceiling. This may someday facilitate restoring the appearance of back lit decorative glass in the space.
Posted by Cornerstone Preservation at 5:30 PM

Light as a Decorative Finish 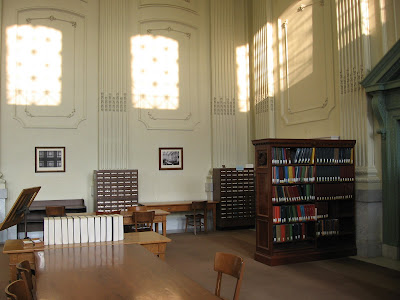 For more than a century, a beautiful pattern of light occurred at the start of each sunny day on the wall opposite the windows in the east facade of the Reading Room.
Posted by Cornerstone Preservation at 5:24 PM 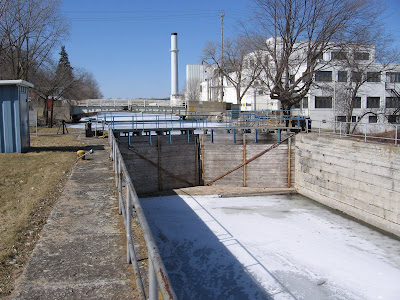 Appleton Lock 3 is situated in the industrial area of Appleton long referred to as "the Flats." For years the community turned its back on the Fox River, largely due to this industrial association and the pollution that resulted from the river having been in service to manufacturing for over a century. With strategies now being implemented to clean the river and restore some of its recreational potential, the old factories and warehouses lining its banks are being rehabilitated as spaces for working, living and gathering. The restoration of the turn-of-the-century navigational features is a part of the river renaissance.
Posted by Cornerstone Preservation at 11:16 AM 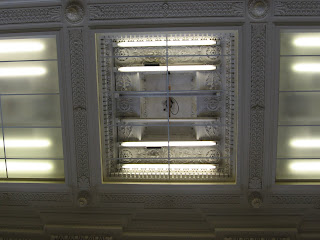 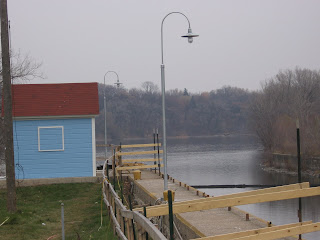 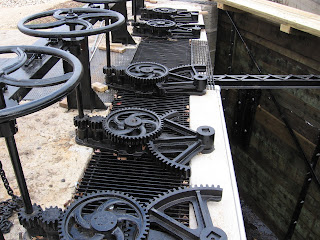